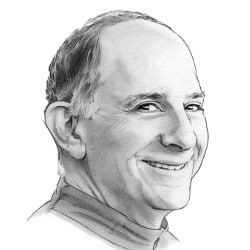 James Larus is Professor and former Dean of the School of Computer and Communication Sciences at École Polytechnique Fédérale de Lausanne, Switzerland. He previously worked at Microsoft Research and in the Computer Sciences Department at the University of Wisconsin, Madison.
He was named an ACM Fellow in 2006, has been a member of Communications of the ACM's Editorial Board since July 2008, and became CACM's Editor-in-Chief in January 2022.
CACM Community
July 2022
I became Editor-in-Chief of Communications of the ACM to make the magazine again the forum where the computer science community shares its most important results. View full article
Log in