Diversity was a central theme in the ACM SIGIR 2017 held in Shinjuku Ward in Tokyo, Japan. Upon arrival, all registrants were given a beautiful keychain and card as commemorative gifts from the local organizers to celebrate the 40th anniversary of the conference series:

"… the 40th Anniversary Logo … features Mt. Fuji, a view of Shinjuku skyscrapers, including the Tokyo Metropolitan Government (Office), as seen from Keio Plaza the conference hotel, and fireworks celebrating the 40th anniversary. The colorfulness of the fireworks and the circles within and enclosing the logo represent diversity and inclusion." 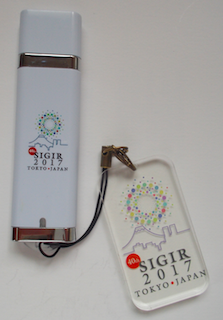 SIGIR 2017 featured a session on Women in IR (Information Retrieval) organized by professor Laura Dietz of University of New Hampshire on the first day, just before the welcome party. A week before the conference, I received an e-mail from the Secretary of the session, Maram Hasanain, a graduate student in CS at Qatar University, asking if I would like to prepare a one-minute introduction of myself for the session. I was so overwhelmed by her beautifully written e-mail and the excitement of a first-time contact with someone from Qatar that I immediately accepted her invitation. 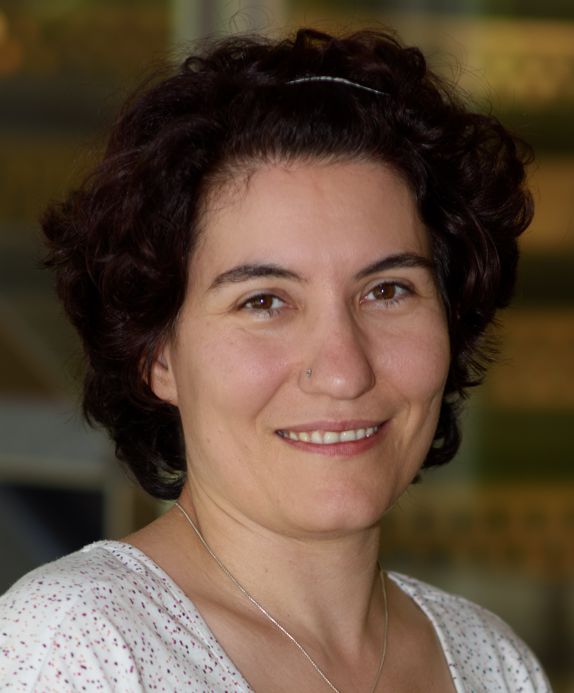 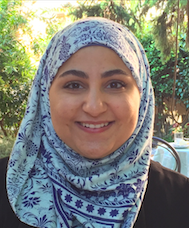 The session started with one-minute presentations by:

Vanessa kicked off the lightning talks and got people chuckling with the closing line, "We’re hiring!" For better or for worse, it became a common theme among presenters from industry. Grace made everyone feel fantastic with her empowering statement, "I just became associate professor!" The audience broke out in a big, round of applause. I pointed out my chemistry and applied mathematics background and stated, "Researchers in IR come from very diverse backgrounds, not just NLP." As it turned out, there was another mathematician in the crowd: Maria. And Harumi, a SIGIR 2017 Committee Member, said her interest in working in IR is from a psychology perspective, her original area of expertise. 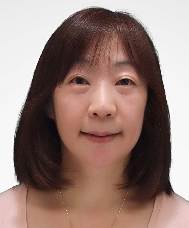 Side note: In addition to her work as a faculty member at Osaka City University, Harumi served as one of three SIGIR 2017 Social & Publicity Chairs, the other two being Yukino Baba of Kyoto University, and Falk Scholer of RMIT. During the SIGIR Business Meeting, chaired by professor Diane Kelly of the University of Tennessee, Knoxville, attendees learned that SIGIR 2017 had been expected to run a substantial deficit due to its expensive venue, Tokyo. However, the outstanding work of the Social & Publicity Chairs brought a record-breaking number of registrants (more than 200% of initial estimates) and drove conference coffers solidly into the black.

The closing one-minute presentation by Maram Hasanain was a short video introduction. It was so impressive and heart-warming that I felt as though I knew her personally by the end. Among all of the presentations, Maram’s received the greatest round of applause by far, proving to all the possibility of successful remote e-participation!

The second part of the session was a longer presentation by Hannah Bast, Full Professor at University of Freiburg, on identification of discrimination and stereotyping in the workplace. She presented types of follow-up actions an individual can take, e.g., point out specific inappropriate behavior(s) or statistics to decision-makers, and propose concrete methods to correct the situation. Although some in the audience may have attended similar sessions at other conferences, for some first-time attendees, the session was an eye-opener. Royal Sequeira, a graduate student at the University of Waterloo in Canada, sent me e-mail saying, "Women in IR is one of my best experiences at SIGIR this year. While it has made me proud about the women in our community, it has also led me to introspect on several aspects of equity and diversity." The session was educational for me as well. I was shocked to learn that women were given the right to vote in all Swiss Cantons in 1991.

On a more positive note, it was exciting to hear about the work of women from so many different countries, backgrounds, and age groups. The diversity among the presenters dispelled any notions of a fixed template for success or stereotype of a woman in the sciences. All of us need to ensure that anyone with the interest, passion and will to work hard can succeed. The consensus among attendees I talked with was very short presentations make a lasting impression; speakers have to distill their thoughts into one main message and present it succinctly, in easily digestible form for the audience. Maria noted that the short talks at the beginning of poster sessions were also effective, and they provided seeds for breaking the ice during the remainder of the conference. For myself, it was a lot of fun meeting male and female audience members during coffee breaks and evening parties who came up and introduced themselves.

A big * THANKS! * to Laura and Maram for putting together this session, and to the SIGIR Organizing Committee Members who did not schedule competing parallel technical sessions so all could attend Women in IR without fear of missing out on learning about new technical work. Laura had a busy week. She co-organized a full-day workshop (one of eight workshops at SIGIR 2017) with Edgar Meij (Bloomberg) and Chenyan Xiong (Carnegie Mellon) on Knowledge Graphs and Semantics for Text Retrieval and Analysis. And as the first Student Affairs Chair for SIGIR, she organized a student buddy program for first-time attendees of SIGIR and an inexpensive and enjoyable get-together featuring a karaoke stage at a nearby food court for students at the beginning of the conference.

Final Note:  To promote awareness of and respect for diversity – e.g., geographic, religious, dietary, as well as gender diversity – this year’s SIGIR Conference featured a Diversity and Inclusion Luncheon with delicious and healthy vegetarian and Halal dishes. Since it took place on the third day of the conference, huge boats of fresh vegetables and fruit were welcomed by all participants. All meals during the conference – including the main banquet at the historical Hotel Chinzanso – were clearly marked vegetarian, Halal, etc. They were buffet or boxed to enable everyone to sit together, chat and mingle. To the Conference Organizers, particularly the Social Chairs for their thoughtfulness and impeccable organization skills – Cheers!