Consumer-Grade Fabrication and Its Potential to Revolutionize Accessibility

Picture yourself at the recital of a 10-year-old boy, Wilbur (Figure 1 and featured on next page). Wilbur plays the cello beautifully. Like many of his peers, as he grows he needs to move to a larger instrument. However, unlike his peers, he also needs a new device with which to hold his cello bow. Wilbur is limb different, with a bow arm that ends just past his elbow. His family has worked hard to provide access to the best resources available: he has physical and occupational therapists and summer camp staff who are skilled at creating custom adaptations for him. However, creating an adaptation that works for Wilbur and his bow is difficult to do with existing prosthetics, which were designed for general tasks. His first cello-holding arm was patched together with rubber bands from a prosthetic. It was a start, but one he quickly outgrew. However, the best alternative specific to a stringed instrument was hinged in all the wrong places because it was designed for a violin. 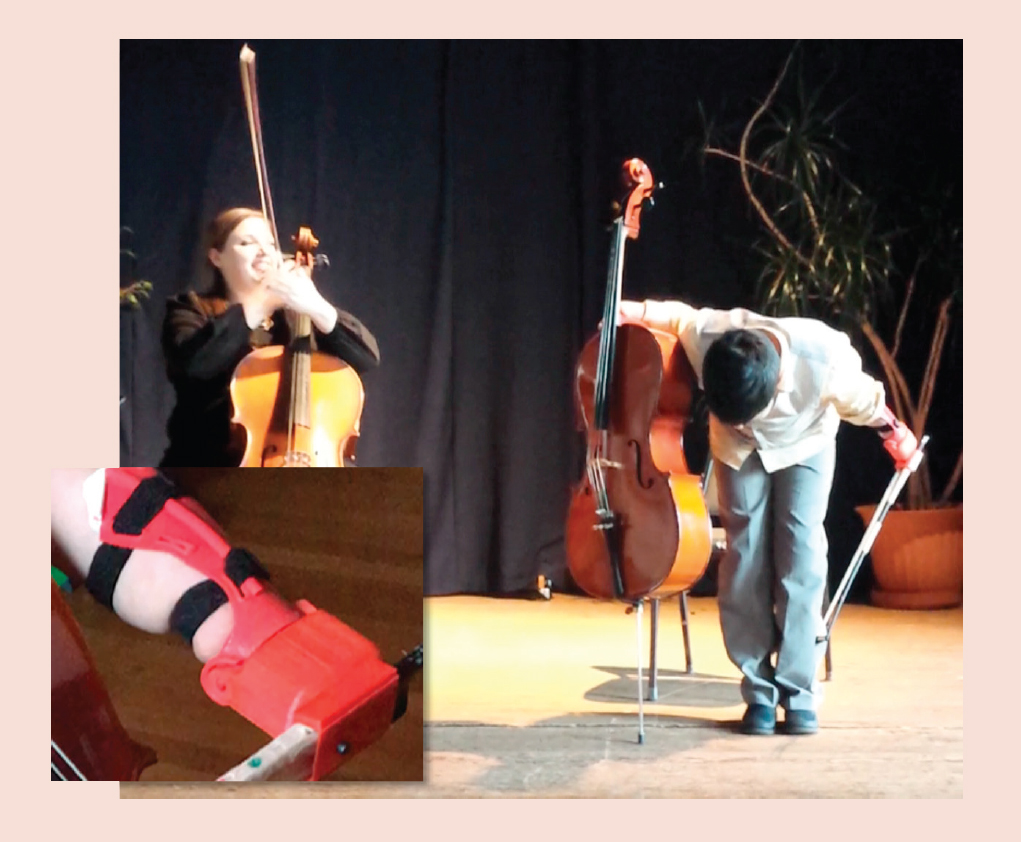 Figure 1. Wilbur at his recital.

Consider now a community of volunteers with 3D printers that can print complex, three-dimensional physical forms, with 3D modeling experience, and with an enormous capacity to donate their time and effort. This real-world grassroots community—e-NABLE (http://enablingthefuture.org)—consists of a diverse swath of people, from Boy and Girl Scout troops to university researchers, scattered across the world. e-NABLE innovators have 3D printed thousands of prosthetic hands for children. Two e-NABLErs, Drew Murray and Stephen Davies, created the first e-NABLE arm for children without a wrist. They collaborated with the authors to create a solution for Wilbur.