Chinese educators have devoted exhaustive efforts over the past 10 years to reform measures for improving the technical skills of undergraduates by teaching them to build real computer systems.

Computer system education in China before 2010. In 2013, Yuan and Chen conducted a study that analyzed the scores of computer system courses in the National Entrance Examination to Graduate School for the years of 2009–2012. The statistical results show the average scores were extremely low, ranging from only 34.3 to 49.3 during the four years and the scores of operating systems were a bit better, ranging from 41.3 to 54.4.3 This situation stunned Chinese educators for it revealed serious problems in computer science education before 2010 in China.

Specifically, there were two main problems: First, computer science courses mainly focused on memorizing concepts rather than practice training, therefore most undergraduates never dived into challenging tasks such as building a CPU or an OS kernel from scratch. Second, knowledge was taught in a disconnected manner, so that undergraduates lacked the overview of a whole computer system with multiple layers, such as programs, compilers, operating systems, instruction set architectures (ISAs), and computer architecture. When encountering a problem requiring knowledge of multiple layers, students usually became confused without knowing how to start.

Bridging the Gap between Theory and Practice

Recognizing the problems, Chinese educators decided to reform computer system education under the leadership of the Steering Committee on Computer Education of the Ministry of Education. Eight universities pioneered computer system education reform, aimed at determining curricula that not only covered basic concepts and key principles but also emphasized applying knowledge of multiple layers to solve problems. Educators of these universities rewrote textbooks to organize computer system knowledge with a more comprehensive structure, redesigned course projects with sufficient challenging tasks and built teaching platforms to facilitate students' practice. Promoting students' system ability soon became one of the hottest topics in the computer education field in China and more than 100 universities joined together to reform their curriculums. Educators also found that competition is an effective measure for improving computing abilities and then launched several nationwide competitions.

Competitions have significantly promoted the active atmosphere of computer system education and improved the computing capabilities of undergraduate students in China.

The Practice of Learning-by-Doing

Chinese educators have devoted exhaustive efforts over the past 10 years to reform measures for improving the technical skills of undergraduates by teaching them to build real computer systems. Generally, there are four kinds of practices: 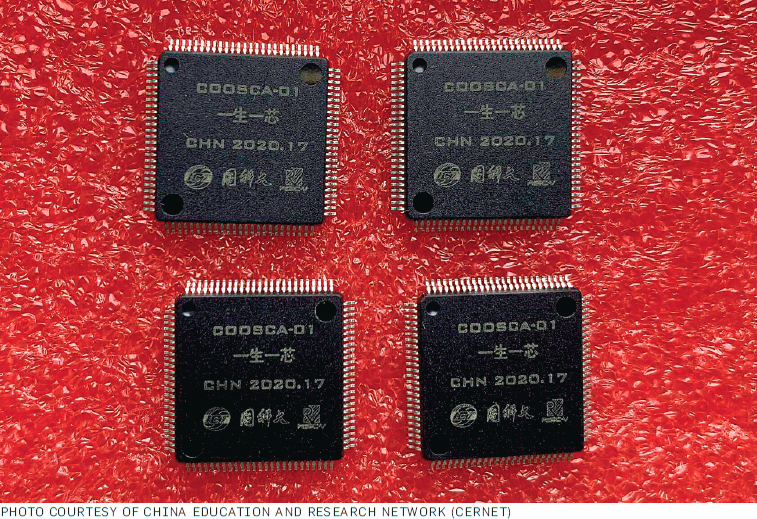 Figure. The 64-bit NutShell RISC-V processor designed by students from the University of the Chinese Academy of Sciences.

China's pool of talent in the computer systems arena is still far behind developed countries. A survey of 10 years' worth of papers from ISCA/OSDI/SOSP conferences (2008–2017) showed the number of China-based first authors as only 1/20 the number from the U.S.1 China has a huge demand for computing talent, however, computer science education is challenged by the need to include extensive practice training. Over the past decade, China's educators have realized the importance of practice and conducted a series of reform measures to change the status.