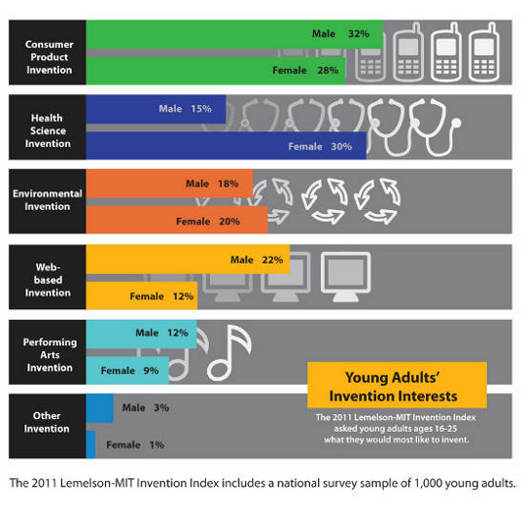 The index shows that women have an innate interest in inventive fields, but less than 10 percent are pursuing STEM degrees. "This country needs innovative new programs to stimulate the interest of young men and women in STEM and to challenge them to use their intellect and creativity to invent solutions to some of the world's most pressing problems," says Chad Mirkin, a member of the U.S. President's Council of Advisors on Science and Technology. "Women have an enormous amount to offer in this regard, but aren't currently pursuing science or technology fields at a high enough rate."